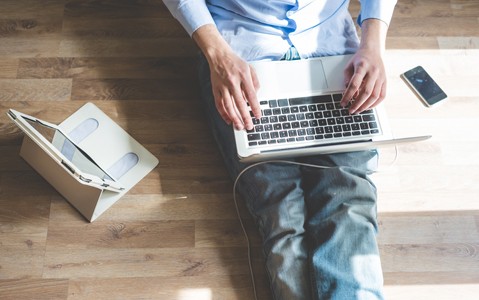 Secure Your IP: Don’t Cripple Your Business Before You Even Start

This is third in a series of blogs on launching, growing and ultimately selling a technology company, with a corporate finance focus. Topics will include cap structures, equity plans, financing, corporate partnering, board matters and how to achieve a successful exit.

In prior posts I touched on figuring out if you have a good business idea and a fundable opportunity. Once you have answered those questions — and assuming that you have at least the beginnings of a business plan — then one of your first steps should be to incorporate.  Why? Because not doing so can have profound implications down the road.

If you ask a lawyer why you should incorporate you will hear things like limiting personal liability, tax planning and creating a vehicle for the business. And yes, those things are true — but to busy entrepreneurs those often seem like issues that can wait.

There is, however, a reason you need to get organized right at the beginning and it comes from the answer to this question: Who owns the intellectual property? If it isn’t the company, then you could have trouble getting financed or being acquired down the road.

Great idea, too bad you don’t actually own it?!

Any sophisticated investor will want to confirm that your company actually owns the intellectual property. Not an issue, right? Well, not if you took six months to form your company – during which time a lot of ideation, business planning and coding happened. If you don’t make sure that every person who touched on, gave input to and worked on your business idea assigns his or her rights in the idea to the company when it is finally formed, then you might have dug a hole – or maybe I should say grave – that you could fall into down the road.

If you incorporate your company early then you can ensure that every employee hired or consultant retained is hired or retained by the company — and that all thinking, scheming and visioning is being done by individuals in their corporate capacity. If one of the founders came up with the original idea, make sure they formally assign the idea to the company on day one. And each person you hire, retain or involve in any way in the formation of the business should agree that any IP they develop is for the company and they relinquish any claims on it. And you might as well throw in having everyone acknowledge that they are not bringing any third party IP — to protect the company from being sued by former employers.

I’ve seen several situations where this was not done and a developer (or worse yet, a founder), having left in a dispute, refuses to formally acknowledge that the company owns its IP. They figure out they have leverage and unfortunately, sometimes relish being able to use it.

I have also seen situations where part-time employees, consultants or development shops have innocently used IP developed for a company, simply not realizing they shouldn’t have. These issues can be a serious impediment to securing financing or an exit.

Several years ago I was leading an M&A transaction and the buyer did an audit of the employment records (of a company that had been around for about ten years) to see if every developer had signed an agreement acknowledging that the IP was owned by the company. They found three part-time consultants, long since gone from the company, who had not signed something. In order to close we had to track them down and secure their acknowledgement that they had no rights in the company’s IP.

Fortunately, we were able to find them and they agreed to sign. If we had not, the buyer would probably still have closed but they might have negotiated the price down and, at the very least, they would have asked for indemnities from the selling shareholders. What became a significant problem could have been easily avoided with some simple paperwork upfront.

Next up, where to incorporate and where is Delaware anyway?

David practiced corporate finance law for 20 years representing numerous BC-based technology companies before retiring to co-found a venture capital fund where he was a partner and portfolio manager for ten years. He now provides corporate finance/M&A advice to a portfolio of early stage companies with a view to growing them to the point they are ready to exit, and then leading that process.