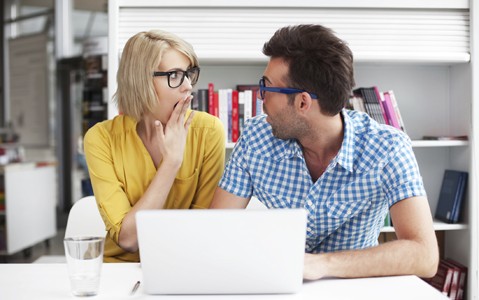 This is sixth in a series on launching, growing and ultimately selling a technology company, with a corporate finance focus. Topics include cap structures, equity plans, financing, corporate partnering, board matters and ultimately how to achieve a successful exit.

Once you have figured out where you are going to incorporate your new start-up the much more difficult question is how to split up the initial pie – who gets the founders’ shares and how many. Getting this right can create a highly aligned, motivated founding team. Getting this wrong can blow up the company.

Who Should Get Founders’ Shares?

Typically just those few people who hold the senior most positions in the company and who were there when it was formed – usually the initial CEO, CTO, CFO or other senior officers. The list of people getting founders’ shares essentially identifies the core group of individuals who came up with the idea, and who are jumping in on day one to own and who will be accountable for the success of the company. For obvious reasons there will always be at least one founder, and there may be as many as three or four (but rarely more than that). Founders’ shares do not apply to junior employees or even to senior officers who join the company later. Being a senior member of the team is not the same thing as being a founder.

I have a rule of thumb for identifying who is a real founder and who is not – starting with whether they were there at the beginning. If they were, then the acid test is whether the individual considers him or herself a “principal” responsible for the ultimate success of the company come hell or high water. And this includes who will participate in the stressful task of raising the capital, both initially and later on when the company needs ongoing venture capital – especially in situations where things don’t quite go to plan. This is where you separate the men/ladies from the boys/girls, and where you separate the founders from the rest of the team. Who is still standing beside you when you are running on fumes.

While there are some exceptions to accommodate latecomers who you simply must have in your team, only those who join on day one (or very shortly thereafter) and who will “own the deal” should get founders’ shares. As to how the founders’ shares should be split up, if you are lucky enough to have equal founders (talent and contribution wise) then each can take an equal share. The role or title is not necessarily the determining factor – value and commitment is.

If one founder is a great negotiator and captures the majority of the founders’ shares, he or she may have won the battle but lost the war. If the other founders feel under-compensated or, more importantly, not valued or respected, then you have already created a problem that will inevitably surface down the road. In most cases, the standard deviation between founder percentages should be within 10% to 20%. The fine balance should be somewhere between “Does everyone feel they are being fairly compensated with equity” and “Do they also feel that they might have gave up just a bit?”

Next up, vesting – the devil is in the details.

David practiced corporate finance law for 20 years representing numerous BC-based technology companies before retiring to co-found a venture capital fund where he was a partner and portfolio manager for ten years. He now provides corporate finance/M&A advice to a portfolio of early stage companies with a view to growing them to the point they are ready to exit, and then leading that process.