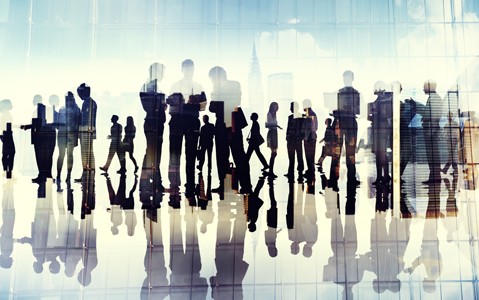 Canadian securities regulators in six provinces including British Columbia have announced rules to allow Canadian start-ups to raise equity capital through online crowdfunding portals. In order to do so, companies need to meet these requirements:

Individual investors can invest up to $1,500 per campaign and they have 48 hours to change their minds. If a company raises the full $250K and each investor invests the maximum, they will have 166 investors participating in that campaign.

Securities regulators everywhere are struggling with how to enable companies to use the power of the internet to raise capital while still protecting investors. In fact, the whole concept of equity crowdfunding actually flies in the face of a core principle of securities regulation–that investors need to see a filed, approved prospectus and receive along with it advice from a registered broker. Crowdfunding, which allows investors to invest from anywhere in the world, anytime–even from a coffee shop on their phone–makes compliance with the traditional regulatory model impossible. This is why securities regulators have been so slow to permit equity crowdfunding and why it’s so limited. This new announcement is their way of saying “If we have to do something, let’s limit the potential for harm.”

The interesting thing will be to see how this plays out. The limits of the size of the campaigns put this program squarely in the wheelhouse of a friends/family round, or a very, very small angel round. Who will use it? Companies with any strength at all will probably raise equivalent sized rounds from their friends/family, with the odd angel or two included, with each investor writing cheques much larger than $1,500. A $250,000 early round might have 15 to 20 friends/family and angel investors in at investments of $10,000 to $50,000 each. If the company has any buzz at all, the round might be several times larger than this and conceivably filled by two or three angels writing large six-figure cheques.

If a company does decide to use this new crowdfunding program (and add a hundred or more new shareholders) then entrepreneurs should take a few steps to make sure they can manage this large shareholder base:

The Value for Start-ups

Does this mean the equity crowdfunding program will only be used by companies who can’t raise equity capital anywhere else? A skeptic might say so, but where the program might have real value is to small companies whose upside doesn’t warrant venture financing but whose business idea appeals to people. Situations like this might be niche businesses in very specific verticals, where the investors like what the company is doing and want to support it. This wouldn’t be a bad thing–in fact, it’s one of the reasons crowdfunding started in the first place. But the challenge here is finding the actual investors who would participate–the ones who understand the vertical and have some personal interest or reason to support the company. It may rest on the company to find the target investors, so entrepreneurs should consider whether they’re able to do this or not.

I’m not convinced that securities regulators will ever fully embrace equity crowdfunding or, if they do, whether it will survive very long after going live. If the companies using it are really the longest of long shots, and if they don’t overcome those odds, then the equity crowdfunding playing field may end up looking more like a graveyard. No one wants to see abuse of process or investors bilked—and even though the individual losses might be small, the taint of so many failed companies may cast a shadow on the program. If that happens, then securities regulators are more likely to clamp down or restrict the program rather than expand it.

Naysayer? No, just a realist. Generally speaking, I like anything that bucks the status quo and tries to reinvent the wheel … and I also believe in the free market. While some might say too many companies may get funding that shouldn’t, personally I would rather see more companies get a shot.

Years ago I was an advisory board member to a technology company that was facing a significant challenge attracting VCs. I met the four founders late one Wednesday night, out of money and somewhat dispirited, as they wanted to discuss whether they should shut the company down that Friday.

In the early stages with one VC who was showing some interest, I asked them how much they needed to stay alive and see the process through for a few months. They answered that if they gave up their salaries and only paid their key employees, they could squeeze by on around $120,000 or so for at least four months and still continue to develop their platform. We decided to hit up some friends/family and a couple of angels – again – and raised about $145,000.

That company went on to raise over $20M in venture capital and was ultimately acquired for a reputed $170M. A little bit of timely capital at a very early stage ended up going a long way.

One thought on “Equity Crowdfunding: Financing Solution or Just a Distraction?”